Xbox One Controller Mod into fight stick_Just a test

Hi Guys I just picked up a Xbone and Killer Instinct. The d-pad on the Xbox One controller still sucks for fighting games. It just feels like it's in a awkward place. I just found out the fightstick is coming out on the 13th of December and it will cost $200. I wanted to see what I could get away with modding the controller much like I did the 360 when it came out. Street Fighter II Turbo was the motivation for the first one. Now it's KI this time around.

Lets see how it turned out.

There is a single screw in the battery case that needs to be taken out. Then you need to pry the sides open to reveal the other screws. Once those are out the whole case comes apart. 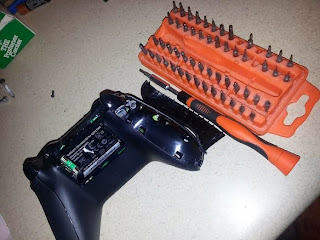 Finally got to the circuit board assembly. It comes in 2 parts now. The "B" button is on the back CBA. 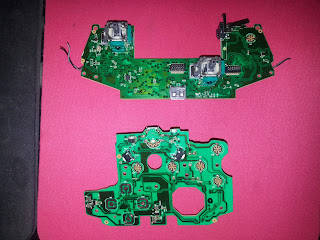 They made it really easy this time around because all the buttons share a common ground now. So less wiring on the CBA is good. I made a CG wiring harness that is feeding from the right directional button. 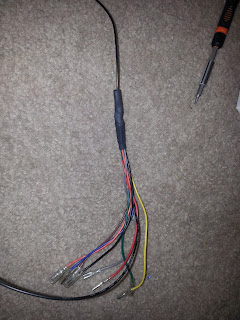 Sorry for the mess and I forgot to take pics when I was soldering all the wires. I wasn't set up corectly for documenting. I gutted a old TE stick that I picked up on Craigslist for 35 dollars. I tore out all the old stuff and started with a clean palette.


Now it's time for testing. I want to keep everything loose until I make sure everything is working. The only buttons I couldn't figure out were the trigger buttons. They got some crazy magnets that activate the signal. I couldn't find a ground or signal to branch from. Some future shit. I never use the trigger buttons anyway. If I want to make the last 2 buttons on my stick I will daisy chain all the punch buttons into one and I would do the same with the kick buttons. But I don't need that right now. 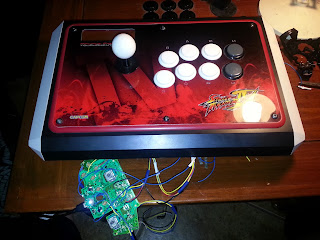 It's all done. Everything works. Here is a video of me testing it to make sure that it's legit. Sorry for the lack of details. I was trying to just figure it out this time. I will try to capture more on the next one.
at November 25, 2013

Clinton Felker
I love to draw, paint and build things. Pretty much sums me up. 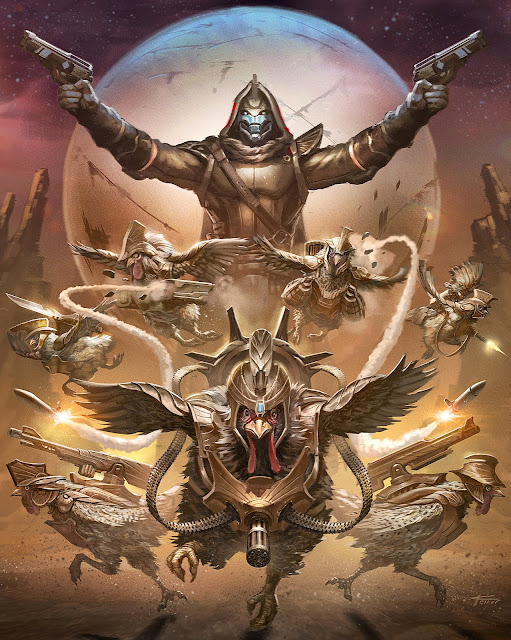